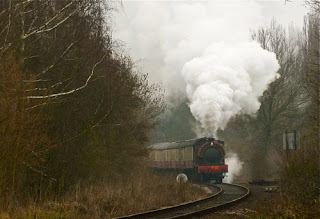 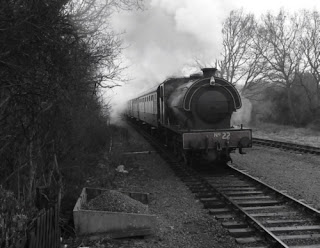 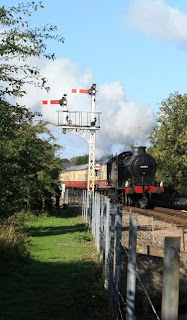 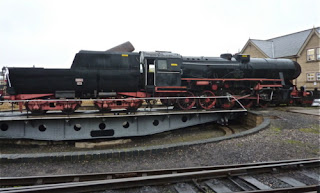 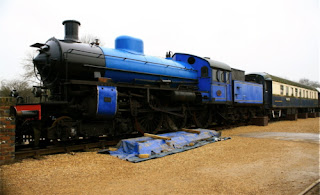 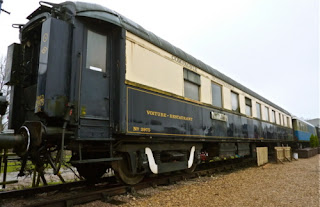 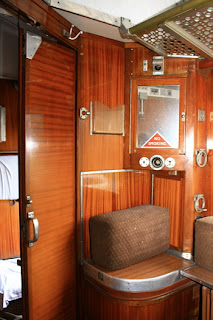 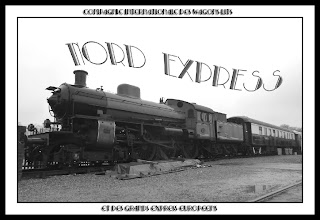 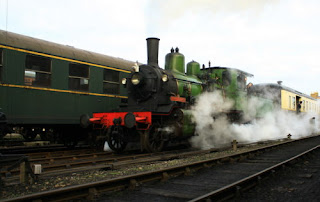 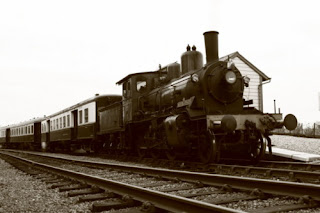 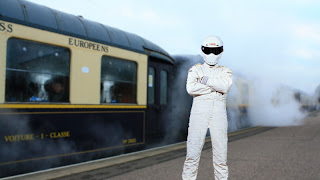 The new H&S aware steam loco uniform makes its debut at the NVR.
Thanks to Iain for raising the issue that provided an interesting insight into the history of our visiting loco.  Iain's informative and entertaining blog may be read here.
at 22:26 2 comments: 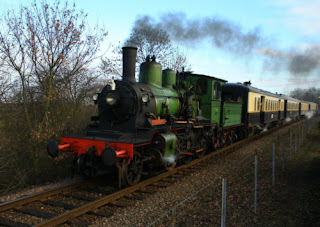 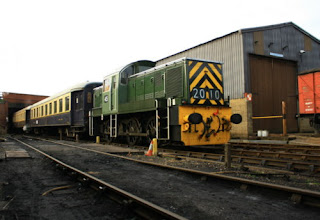 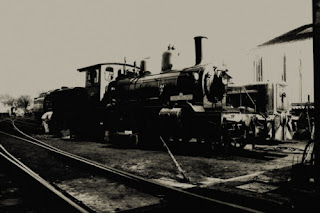 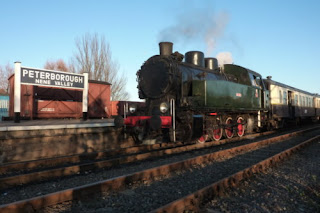 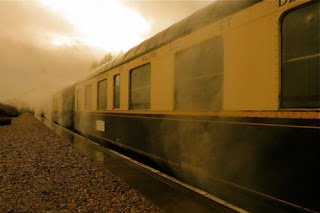 More playing around to create a moody
Orient Express scene on New Year's Day.
at 16:44 2 comments: