Santa Claus is Coming to Orton

Following the mudbath that I received last weekend at Ferry Meadows, I naturally couldn’t wait to get caked up again this weekend. So off I went to Wansford and Nene Park on both Saturday and Sunday in order to give my box of Persil super-dooper ultra techno liquid-tablet in a net bags of powder a proper workout at very low temperatures of boiling and above, because, unlike the TV commercials, I didn’t have a bottle of Ribena handy to accidentally pour all over myself.  Neither do I have a wife who will stand in the kitchen when I return, covered in half a ton of mud, who will just smile and say ‘Never mind, pet - Dazboldariel will take care of that.  You just slip out of those dirty clothes that have trashed my kitchen and I’ll pop them into the washer.”  No, that’s not how it works.  I’m met with a glacial stare and the greeting usually begins with, “What the f ….? But let’s move on.

The weekend was a mixture of bright sunshine and heavy rain, but fortunately the rain would be confined to late Saturday afternoon through to Sunday lunch.  This left plenty of opportunities to get out for some photography and filming for the Grumpy Git Christmas Special at the Nene Valley Railway.  As the footpaths along the Nene Walk and the cycle tracks at Ferry Meadows would be soggy and boggy I would also be able to get covered in a liberal coating of mud once again – who needs Glastonbury when you’ve got Santa Specials to photograph? 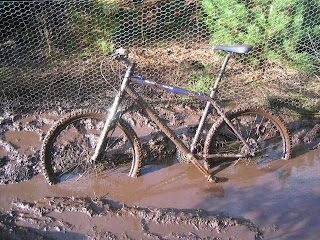 Although I came across the odd puddle, conditions were nowhere near as bad as I expected.


I used the new Fuji camera for all stills, and was very pleased with the results as I gain experience with this bit of kit.  Here’s a selection: 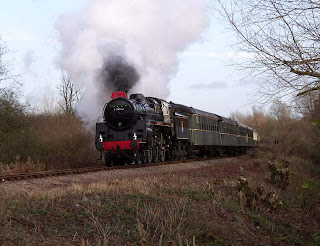 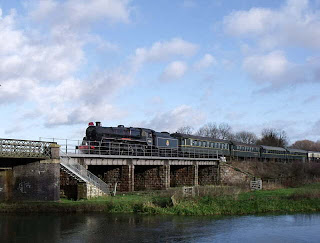 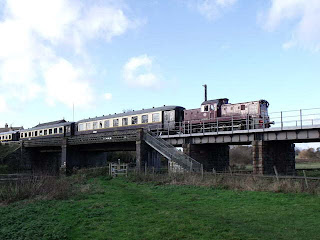 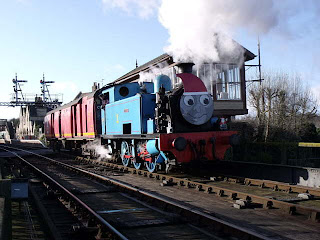 Thomas gets into the act, and joins in the festivities by providing a mail coach for use as Santa’s Grotto (I believe) in between service trains.  For once, this is an appropriate use of Thomas at a time when the railway is being used exclusively for a family orientated event, and shows imagination on the part of the organisers.

Some of the photos that I submitted to the NVR Gallery have also been reproduced and may be seen here.

Filming was in the hands of the trusty Samsung once again, as it produces far sharper video than the Fuji.  The train was an interesting project for movie making, as it consists of eight coaches – including four heavy Wagon-Lits – so the extra weight gives the locos something to get stuck into and provide some great sound effects.  The average gradient on the NVR is roughly the same as my kitchen table, so locos rarely have to put much effort in.  Motive power on the Santa Specials is top ‘n tail with class 14 D9520 on one end and City of Peterborough on the other – the steam loco heads westbound, which is perfect for the lighting conditions provided by the dramatic low winter sun.

Both days were thoroughly enjoyable, and true to form I got caked in mud once again.  I’m now off to take the Daz doorstep challenge to wash my clothes.  Always assuming that Daz is in, and lets me use his washing machine.