Probably The Best Adverts in the World

Great adverts get noticed, and the more successful slogans stick in your mind long after the original product has dropped out of your mind – although perhaps not in the case of Wonderbra. Billboards make a great accessory, but have always been difficult to get hold of. Rather like the contents of a Wonderbra.

Up until 2007, Signs of The Times produced a range of laser-cut wood kits, and the good news is that Ten Commandments are now manufacturing ready-made resin hoardings in two distinct ranges – modern image and vintage eras. Either way, the cut off point is around 1968. Each billboard comes with a poster; should you wish to change the advert then a range of loose posters are sold at exhibitions. All posters are produced in limited runs; thus allowing a constant supply of interesting and new designs. 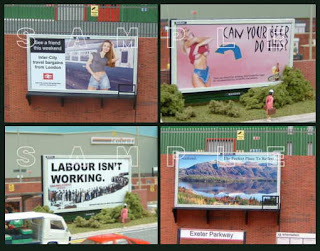 Some examples of the popular modern image billboards.

The steam age advertisments were launched at York Show and have been well recieved.
As the hoarding is cast in one piece, all that is required is some painting. Small details such as the advertising company nameboard and an identification panel number are supplied on the poster sheet, which is printed on very high quality semi-gloss card for durability. The billboards are suitable for wall mounting, or freestanding at common sites such as station platforms or car parks.
Hoardings provide an interesting cameo in their own right, especially some of the amusing and provocative contemporary adverts that have flourished in recent years. Some examples – the ‘Labour isn’t working’ advert, as seen in these pictures, is as relevant now, some 30 years later, as it was back in 1979 when it was launched. Others can be date specific, especially cars or gadgets, which change very quickly, whilst others can easily span a 20-year period without any trouble – travel posters are a case in point. Take care in choosing an advert that fits in with the period of your layout to add a touch of authenticity. Of course, once you’ve purchased the actual hoarding, there’s nothing to stop you designing and printing your own poster to display on it. Many examples of popular adverts can be found online, or if you are modelling bang up to date, then just take your camera around town – it’s amazing just how many adverts are out there, yet how often do we all walk past them without noticing? 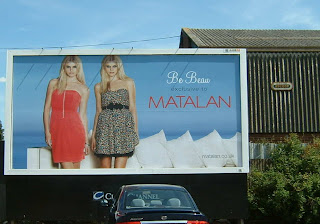 Here's a typical roadside billboard; when I passed by the following week it had changed to Sky Digital!
Billboards change regularly; generally after 2 – 4 weeks depending on the contract, so if you see any that take your fancy, then don’t delay - today’s Mondeo could easily become tomorrow’s Matalan!

The reason that I use these billboards on my projects is simple: 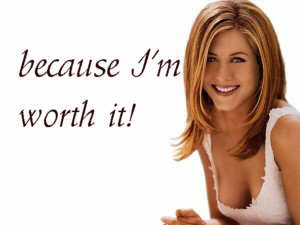